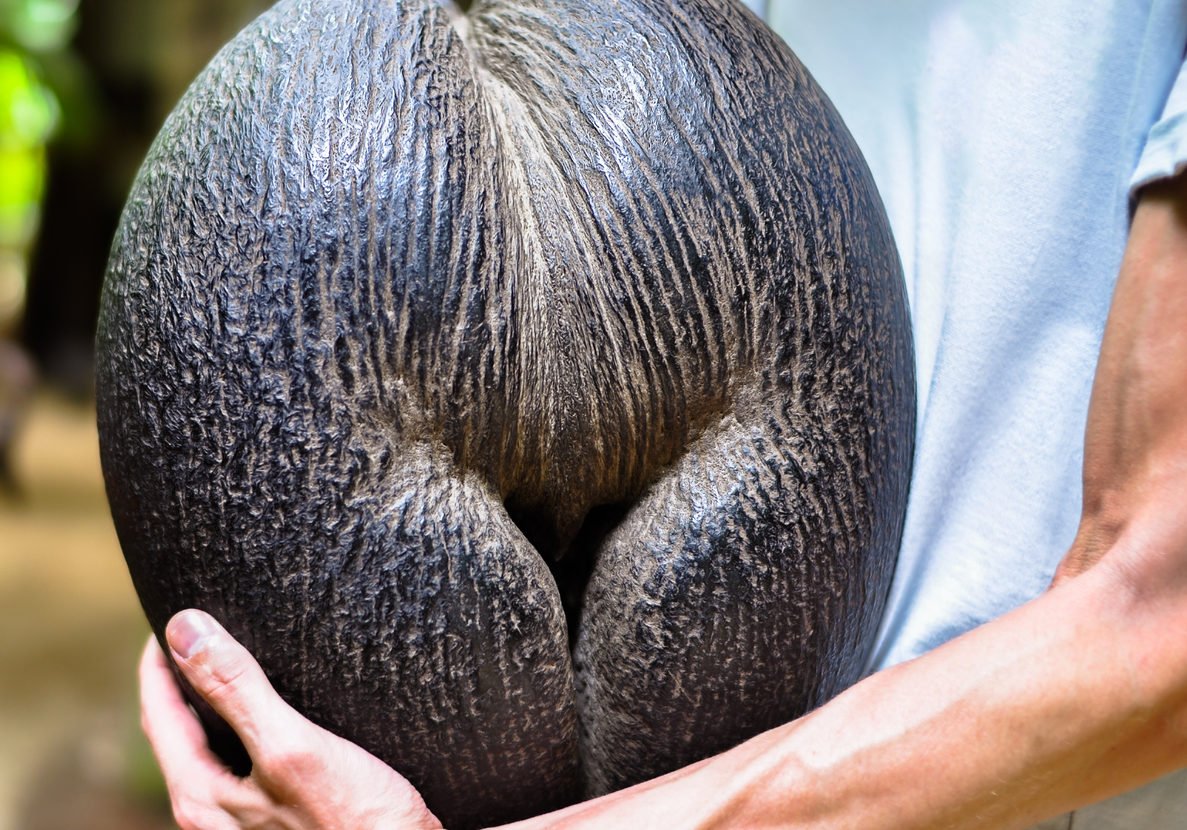 The Legendary Coco De Mer of the Seychelles 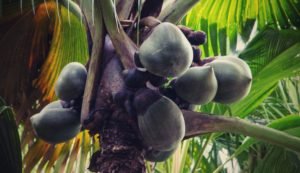 Arguably the most iconic symbol of the Seychelles, the legendary Coco de Mer is not only enchantingly fascinating, but it is scientifically unusual as well!

So what is it?

It is the nut of an extremely rare variety of palm tree, that are endemic to the Seychelles islands, specifically that of Praslin and Curieuse. In the past, ancient pirates and traders would bring to the world’s bazaars an enormous, uniquely shaped nut and no one knew where they came from. They would also wash ashore on the Maldives and other nearby islands, creating the lore of it being the fruit of an underwater coconut tree.

That is honestly the first thing that you would think when you finally come across one. In fact, EVERYTHING about this specie is huge. From the size of its leaves, its nut and the amount of time it takes to grow a fruiting tree… everything comes in a large size.

Let’s start with a germinating nut. It happens to be the LARGEST seed in the plant kingdom, weighing 15-30kg. This big little baby fell from its mommy tree, because yes, this specie has separate male and female trees. And they are tall. At an average of 25-34m high, with fan-shaped leaves about 7-10 m long and 4.5m wide… it’s quite prehistoric looking.

Aaand they take forever to grow. The fruit takes 6-7 years to mature and once it falls off, a further 2 years to germinate and 20-40 years to grow into capable fruit bearing adults.

Legends of the Sea Coconut

We’re not done with the nut. After all, it’s what makes it so special. Its shape is hugely suggestive; one side looking like the buttocks of a woman, and the other, her pelvis and thighs.

Because of this, when it washes up on the shores of neighboring countries, they would cause such a stir that people – not knowing their origins – believed that they came from underwater coconut trees. Ergo, the moniker sea coconut or its French equivalence, the coco-de-mer.

When Vallée de Mai was finally discovered on Praslin island, the endemic home of the coco-de-mer, the ancient palm forest became rumoured to be the original Garden of Eden. The tree, with its male and female specie, were either likened to Adam and Eve, or being the forbidden fruit itself! In fact, people in the past believed that it held magical properties, such as being an antidote to all poisons.

So there you go, the amazing qualities of the world’s largest seed, the coco de mer.